It’s finally that time, and I’m so excited!  No more snow, and I’m almost certain that frosty nights are almost a memory.  Time to start some seeds!!!  I have to say however, I need to get a better setup.  This sitting and bending forward – yeah, not doing it for me (or my poor back!).

Man, I just LOVE this time of year, digging in the dirt, new growth everywhere you look, it’s so energizing!  Like Mother Earth is waking up and she’s finally done with the morning grumpies. 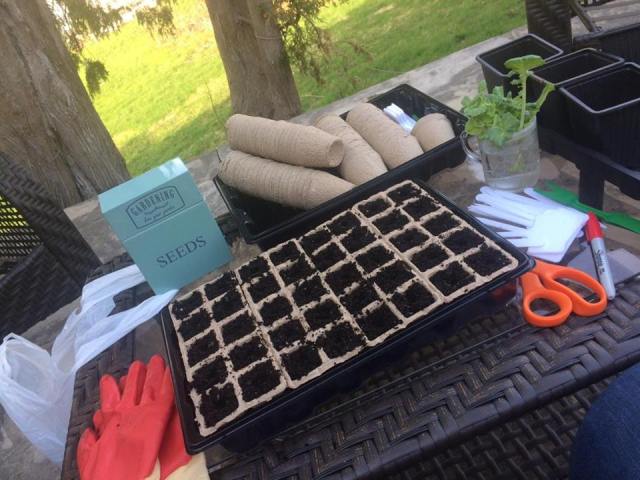 I love playing in the dirt…don’t you?  I love opening a new bag of soil and running it through my fingers.  It’s like the grownup version of mud pies.

I’ve got lots of work to do still, and a lot more seeds to plant, but at least I got a start on it tonight.  I even hit two of my ‘Garden by Design’ picks!

I’ve got lots of basil because I plan on making some pesto (mmm!)…some spinach and chives, and thyme (another GBD pick!), five cucumber plants – I might just try my hand at pickles – and some corn.   Seriously people, I cannot live without corn.  If I could only eat one food for the rest of my life, it would be corn.

I’ve also got some green bean bushes, and lettuce.  A lot of the seeds I’m planting now, I will plant more of in a couple of weeks.  I’m going to try some succession planting so that everything isn’t all ready at the same time and then finished.  I’m also going to try some companion planting.  I’m thinking peas to go up the corn stalks…what do you think?

These little ones started off as little shoots sprouting off of a rutabaga I have sitting on my counter.  I picked them off, dropped them in a glass of water, and about a week and a half later, I had some roots!  …and I just picked three more little buggers off of it, so we’ll see if they do the same! 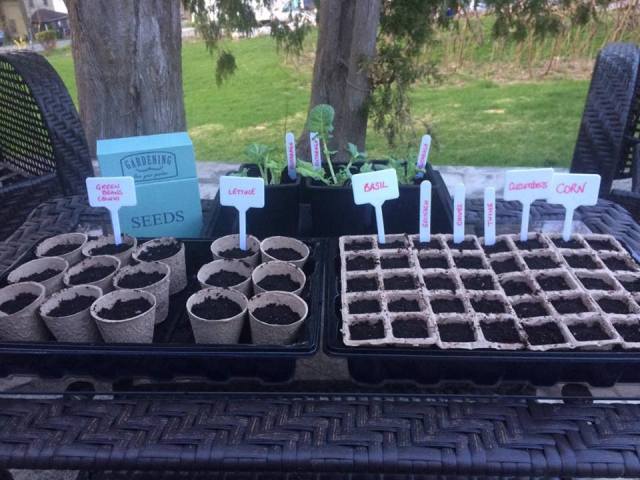 All in all, I think it was a pretty productive evening.  I still have to get my little tomato seeds planted (and hope they grow!), but I’m also going to get other tomatoes, carrots, potatoes, onions, garlic, plant the pepper seeds I saved, and lots and lots of flowers.

I wanted to do so much, but after thinking about it extensively, I feel that if I over-do it, I’m going to get overwhelmed and fail.  I want to do quite a bit still, but I think I need to cap it so I don’t sabotage myself with my first real garden.

Now I’ve got to finish some tasks I’ve already started so that I can get these in the ground when they’re ready!  1) Finish clearing out the flat area of the yard, 2) Get our burning permit so we can get rid of all of this wood (and save the ash for other homesteading projects), and 3) get the materials I need to build my raised beds and just Git R’ Done! 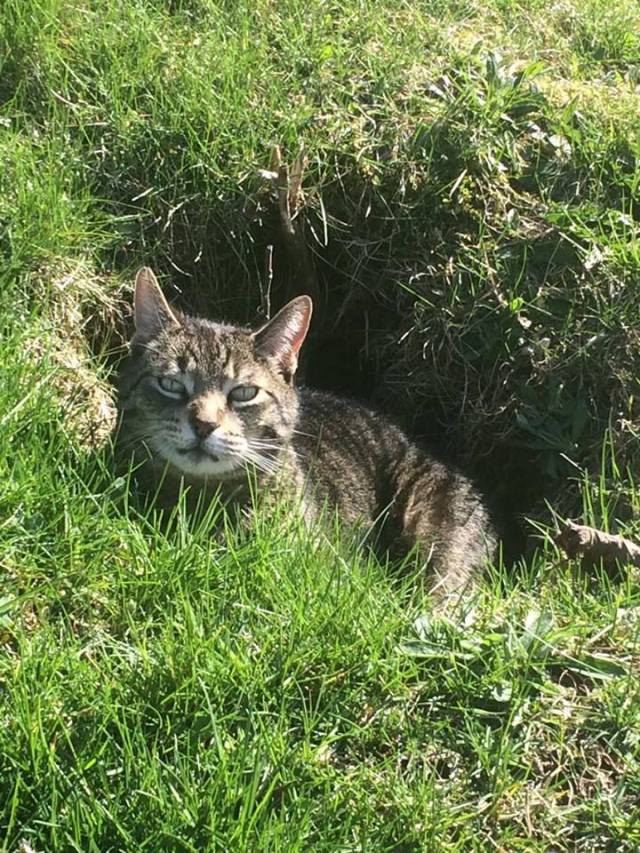 Task 4… fill up this hole Tucker found so we don’t break a leg while mowing the lawn!  …I have to admit, it does look kind of cozy though!

3 thoughts on “Garden by Design – And it Begins”